The Department of Fisheries (DFO), small craft facility in Old Perlican is a major resource to the active fishing industry on the northeast Avalon Peninsula.  As a result of deteriorating wharf structures and supporting infrastructure, there became a need to consider replacing these structures in order to sustain the fishing industry for many more years to come.  In evaluating replacement options there became a need to expand on what previously existed. The growing industry in Old Perlican needed to accommodate larger vessels and provide additional berthing spaces for the local fleet. 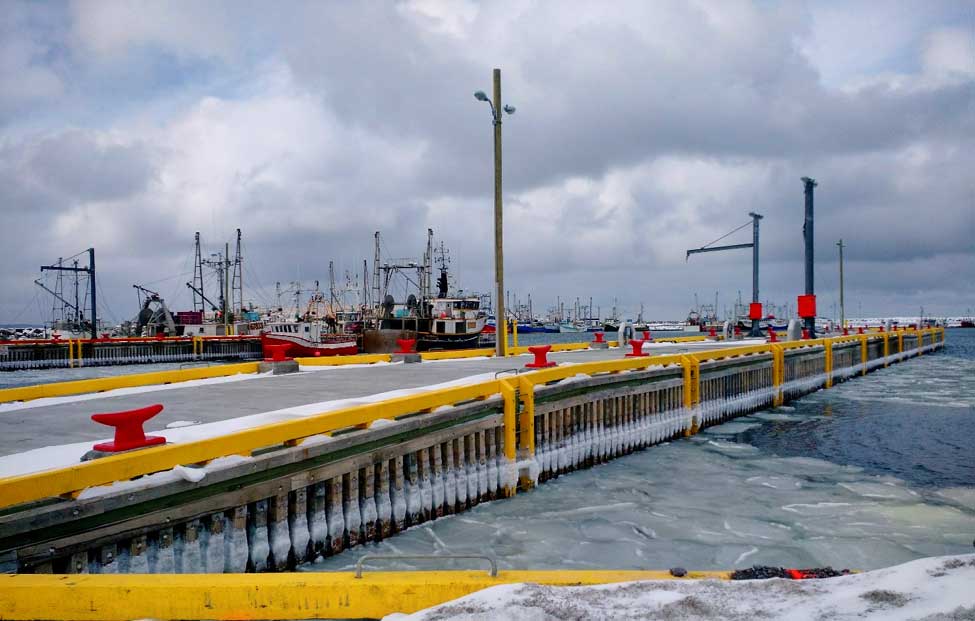 Meridian was engaged by DFO in the Fall of 2014 to start the design of the new crib and span wharf structures which was to consist of two (2) separate finger pier wharves measuring 121 m and 84 m, respectively.  Both finger piers extend outward from an existing marginal wharf.  The design was completed in March 2015 and construction commenced in September 2015.  During construction, Meridian provided fulltime inspection and overseen all contract administration duties along with the Departmental Representative.  The project was successfully completed in November 2016.

As a result of this project, we would consider the harbour facilities in Old Perlican to be among the best in the province and will continue to service the communities of the northeast Avalon for many years to come.